“What's the value of code reviews and how you can do them in Phabricator.”

Ask the speaker a question 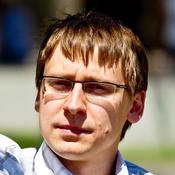