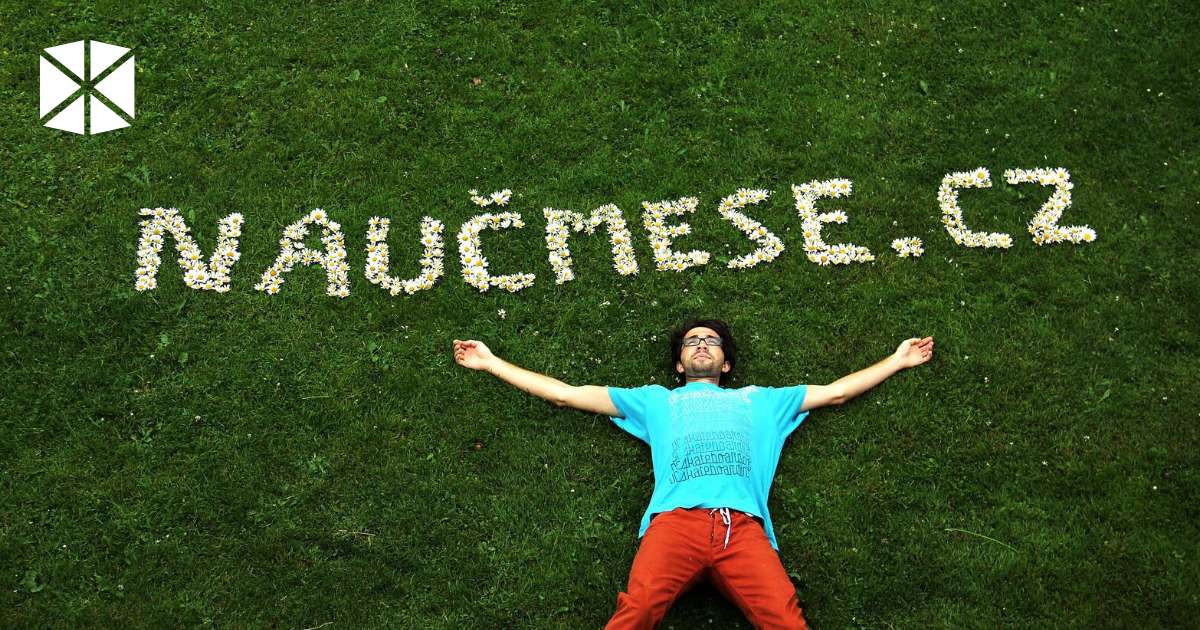 Talks can really charge you up — as a result, a lot of ideas and projects are created from them. That’s exactly what happened to Adam Marčan, who said yes to the project Naučmese (Let’s learn) during WebExpo. He just needed to meet the right person in the right place.

In 2011, Jan Tinka and Adam Marčan shook hands at WebExpo. That’s how Czech educational platform Naučmese was born. Want to learn how to bake bread, free dive, or manage social networks? This is the place to do it. We sat down with Adam to ask him what WebExpo means to him and what he looks back on most fondly.

Adam, as a web designer you attended WebExpo several times. Which talk has stuck with you the most?

I remember Aarron Walter from Mailchimp, who received a standing ovation. I was also very motivated by John Vanhara, who talked about doing business in the US. He ended his talk with the sentence — ANYTHING GOES. I remember that I left that talk feeling really motivated, and that’s when my friend Honza Tinka came to me. He told me about some idea he had for an educational project. You can even see how excited we were in that moment in the picture. 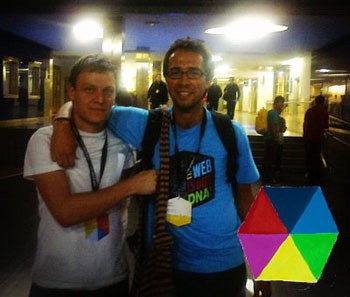 Did Honza’s idea inspire you to launch a Czech SkillShare?

It was more that I was really enthusiastic through all of WebExpo and said something like, “Well, you know what, I’m going to code it for you.” (Laughs) That night, I hadn’t yet grasped the big idea of Naučmese, which the project evolved into.

When did you first realize that the project was taking off?

Maybe a couple of months after the first people sign up for a course. Positive feedback, new projects, and stories started popping up. For example, Matouš Vinš and Petr Novák met because of Naučmese and launched TravelBible together. Another great story is about two participants who became friends on a course — one teaches English to other in exchange for getting their hair cut. These are the kind of moments when you truly understand how big of a reach Naučmese has.

What kind of overlap did visits to WebExpo have for you?

It helped shape who I am today, the content was great every time I went. I learned a lot of things, such as how to simplify the user interface of forms, how to communicate online, how to make a responsive website, and much more. I also met a few people there, who ended up joining the team at Naučmese.

But it wasn’t just WebExpo that influenced me, but also my friend Lukáš Plíhal, who was the conference ideologist at the time. We lived together and often talked about WebExpo together. And of course, this conference as well as Lukáš had a huge influence on the creation of Naučmese.

You introduced Naučmese at the Startup Show at WebExpo in 2012. What future did they predict for you back then 5 years ago?

John Vanhara, Rasťa Turek, Petr Ocásek were on the panel and they questioned the business of running a project, which at 250 CZK per course wouldn’t make enough to support the salaries of more than a couple people. At that time, Naučmese had only existed for 5 months and there were only three of us working on it. After five years, there are now six of us, and it is the main source of income for three of us.

Of course, this format will never have the same turnover like Miton or Rohlík.cz. But we’ve managed to move ourselves and our lecturers forward during this time. The average price of a course is now 700 CZK, except for some courses for two or three thousand. So, we’re growing steadily.

Is it then paradoxical that right at the beginning a big company wanted to buy you?

It was more like they checked us out than that they would have given us a concrete offer.

And are you for sale now?

(smiles) This question is kind of like asking: “If everyone else jumped off a cliff, would you do it too?” I love Naučmese, and I am grateful that I can work on a project, which makes sense and really pushes me personally. So, we’re not for sale.

So you’ve shifted from a web design to a full-time position?

Again, not really, but when you have a small business, you ended up doing things here or there that are normally outside your job description. What motivates me is the loyalty and relationships with teachers and participants (the community), which I’ve met over the years at Naučmese. Like nurses or teachers who do their work more for fulfillment rather than money, it helps me to get emails from real people and hear their stories — it helps me to see the meaning of my work.