Changes to your program have been saved!

Your rating has been saved!

Please log in to add a talk into your program! 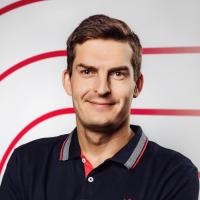 Add to
My Program

Being data-informed, not data-driven

What does it truly mean to be data-informed? What pitfalls and challenges do you have to overcome on this journey? What works and what doesn’t? And what does it really take to deliver business when you have over 500 TB of data?

In this talk, you’ll hear about Livesport’s journey to build a Business Intelligence team and data-informed company. Antonín will share what concepts like data discovery, data observability, data governance, and data literacy mean and how to actually implement them.

Antonín joined Livesport in 2015 as a web analyst. After four years, he became team leader of the data & analytics team and he currently works as a Head of Business Intelligence, leading the creation of a new BI architecture within the company. He would love to automate everything. What he enjoys most is the combination of data and business, especially how to apply data in practice.

In his spare time, he enjoys spending time with family and occasionally plays football and rides a bicycle. Recently, he has been interested in the use of data not only in business but also in sports—especially football.

Before you level up your skills at WebExpo

We use cookies and similar technologies to offer you a better browsing experience.

To get the most out of your visit, please accept them to make sure WebExpo’s website stays at the top of its game. You can adjust your cookie settings now by clicking “Manage my cookies” or change your preferences at any time by clicking on “Update my Cookies” in the footer.

You can adjust and update your cookie preferences by ticking the boxes and clicking “Save my settings”. If you do not consent to WebExpo using cookies to give you the best browsing experience with non-essential cookies, click “Decline all”.