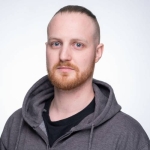 At the beginning of the COVID-19 pandemic, Johns Hopkins University worked on gathering and refining data from multiple sources and provided the world with a Github repository and a bunch of CSV files. The problem? It’s nearly impossible to build anything from raw data like this.

In this live coding session, MongoDB Developer Advocate Maxime Beugnet will show you how to build a serverless REST and GraphQL API based on this dataset using Python and the MongoDB Data Platform. Let’s finally put serverless and the generous MongoDB free tier to good use!

Maxime has worked with MongoDB for the past eight years and been in the IT industry for over a decade. He is a MongoDB and Java trainer with DEV and DBA MongoDB certifications. Maxime joined MongoDB as a developer advocate five years ago to share his experience with the community. He loves clean code, scuba diving, code challenges, and Vikings!