Who will be attending?

You can expect the schedule to include 80 talks by digital experts from around the world. And when we say experts, we mean it. Jeremy Keith, Andy Hume, Dominika Blackappl, Anna Debenham, Brandon Velestuk, Greg Bernstein, Sean Gaddis, Cennydd Bowles (and many more big names in tech) are already hard at work preparing their presentations. 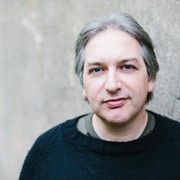 When Jeffrey Zeldman wanted to start publishing books, Jeremy Keith (HTML5 For Web Designers: Return Of The Standards) was the person he turned to first. You, along with 157,000 followers, might also know him as @adactio - a fantastic author, speaker, and one of the organizers of the dConstruct Conference. Jeremy lives in Brighton, England, where he makes websites for the design agency Clearleft. 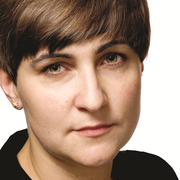 Without a doubt, this Ústí nad Orlicí native deserves to be called the queen of Czech design - an unofficial title she's held for the last 10 years. She worked on the design of the iPhone and iPod, NASA's Mars Rover, Seimens' phones, and spent several years at the California-based design studio, Ideo. And all before the age of 30. 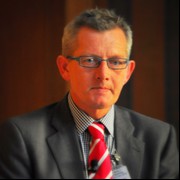 A serial entrepreneur, Michael Leander has managed public and private companies. He has helped global corporations and tiny start-ups succeed. An award winning speaker and awards judge in 15+ countries, Michael has shared his ideas and experience in over 40 countries on 6 continents. 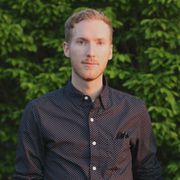 Johnny Rodgers is a technology designer from Vancouver, part of the awesome team that helped make Slack a reality. His responsibility is to program and address whether the speed of development or code sustainability is more important. He was previously an interactive designer for SAP and currently runs his own development and design company, Creative Creature. In his spare time, he makes Give.to, a service for fans to give financial support to the music artists they love.

Cennydd Bowles is an independent digital product designer with over 13 years of experience in the industry. He was also the very first designer hired by Twitter outside the US. During his time there, he was responsible for the design of Tweetdeck 2.0 and 3.0, and helped to establish the global design priorities of Twitter. He’s also worked as a senior user experience designer at Clearleft. 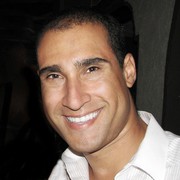 Noz Urbina is a globally recognised content strategist, consultant, and trainer specialising in omni- and multichannel content projects for marketing and technical communication. He co-authored “Content Strategy: Connecting the dots between business, brand, and benefits” and, since 2000, has provided services to Fortune 500 organisations and small-to-medium enterprises. Noz has helped organisations differentiate themselves with content, while saving money. In 2013, Noz founded his own consultancy Urbina Consulting.

Head of Design and development of New Media (Czech Television)

I felt placing the halls in several different locations was absolutely brilliant - much better than spending every day in the same building. It was great to meet people on the streets with their badges - it made the whole event feel like a festival.

All around excellent event! Every lecture I attended was brilliant. Furthermore, the organizers of WebExpo were incredibly positive and always had a smile on their faces.

Terrific conference! I never once had the feeling that things weren’t running smoothly.

Where will we meet?

Our decision to use different venues in Prague’s Old Town was met with praise from both speakers and attendees last year. That’s why we’ve decided to use the same setup again for WebExpo 2015! This year’s venues are even closer together to make getting from one presentation to another a breeze.

The oldest permanently-operated cinema in Europe, whose stage hundreds of movie stars have graced during movie premieres.

Nearly a century-old, this hall has played premieres of Czech and International art films since 2004.

This stage has seen the likes of Voskovec and Werich perform their famous Liberated Theater (Prague Free Theater) and launched the careers of many movie stars.

One of the most prestigious music clubs in Prague, located in the Lucerna passage.

The true gem of Lucerna, one of Prague's most beautiful halls.

Everything you ever wanted to know about the web

The best professionals from online world are now meeting offline. We'll bring 1600 web professionals and 70 great speakers from all around the world who will talk about news from their fields and show you the right way to use them on specific case studies. You just have to show up.

Avast Software, maker of the most trusted mobile and PC security in the world, protects more than 230 million people and businesses with its security applications.

GMC is the global leader in the Customer Communications Management and is defining the future of the industry. GMC empowers companies around the world to drive more efficient and effective customer communications.

Apiary is the modern toolchain for designing and building APIs.

Google is a company that creates software.

Largest bank in the CR with the most extensive branch and ATM networks. It also plays an important role as an innovator: for example, it was the first bank on the Czech market to start issuing contactless cards comprehensively, and to develop a network for their use.

Microsoft Corporation was founded in 1975. Our aim is to help people and businesses realize their full potential through the use of technology – software, services and devices that change the word of work, entertainment and communication. The Czech subsidiary of Microsoft Corporation was founded in 1992. Biljana Weber is the company's general manager since July 2013.

Skype is for doing things together, whenever you’re apart. Skype’s text, voice and video make it simple to share experiences with the people that matter to you, wherever they are. Skype has been founded in 2003, now it is a division of Microsoft Corporation.

O2 is the largest integrated telecommunications provider in the Czech market. At present the company operates close to eight million mobile and fixed accesses, which ranks it among the market leaders in fully converged services in Europe.

The .eu domain is very popular in Central Europe representing the perfect choice for start-ups that wish to promote a European identity at international level. .eu ranks among the largest top-level domains in the world with over 3.9 million registrations. .eu is operated by EURid, the not-for-profit registry. More information at: http://www.eurid.eu.

CzechInvest supports innovative Czech companies by offering an access to advanced foreign markets, mentoring, consultations and assistance with seeking finance. We help people how to turn a good idea into great business.

KeyCDN is an elite European content delivery network (CDN) based in Switzerland. KeyCDN offers an easy-to-use service to accelerate and scale websites. KeyCDN can be integrated into any website with just a few steps. Their architecture is based on a customized TCP stack, SPDY and SSD-optimized edge servers.

Seznam.cz is the most frequently visited Czech Internet portal; its homepage is visited by 2,5 million users a day. Commercial and non-commercial services of Seznam.cz have been used for 19 years by those who seek entertainment, information or friends in the Internet. Fulltext search, catalogue of companies, e-mail with 7,5 million accounts, news service and professional advertising services constitute a common part of daily life of the Czech Internet users. The vision of Seznam.cz consists in working at making the Internet the strongest Czech medium, with Seznam.cz as first-choice place.

Techloop.io is a marketplace for software developers looking for their next opportunity. Remain anonymous, while companies pitch for your talent. Receive relevant job offers directly from hiring companies, including salary information. On top of that, when you find a job using Techloop.io, you get paid a signing bonus. Techloop.io – the smart way to get hired

Are you interested in feedback on your startup? Do you need help with monetization? Not sure how to set the product? Come ask the Rockaway team investment group, which has done over 25 investments, 5 own projects, in addition to the Czech Republic also operates in Brazil and the USA.

Our Czech specialty coffee roasting company doubleshot s.r.o. is the joint project of three coffee enthusiasts. Founded in the summer of 2010 with a single goal: to offer coffee ofunprecedented quality while treating the producers and nature with due respect.

Club-Mate. Take three sips and you will never stop.

Liftago puts the best and the nearest licensed taxis at your disposal - through Android or iPhone app :)

VentureDays is a Global Technology event designed to build a connected community of vibrant early stage entrepreneurs, promising technology start-ups, renowned mentors/speakers, IT industry key players and the very best of investors across the world. The event will be held at Clarion Congress Hotel on September 21-22, 2015 in Prague, Czech Republic. We have 10% discount on tickets for WebExpo visitors. Register at their website with promo code WEVD2015.

NFCify.me is responsible for everything about NFC at WebExpo conference. NFC smart cards - as well as on your badge.

IncParadise is a company that arrange establishment of your own US company in any state of the USA.

Patronage of Mayor of Prague 1

Testomato - monitoring and testing tool that watches your site for you.

We use technology to redefine healthcare. MSD is a global healthcare leader developing innovative medicines, vaccines, therapies, and health products. Our new IT Global Innovation Center in the heart of Prague is bringing the startup atmosphere into global corporation which is helping to save lives.